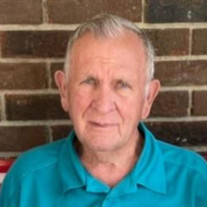 Clayton E. Dockery, born May 15, 1938, passed away peacefully on Saturday, November 27, 2021, with family by his side. Clayton was a carpenter by trade and enjoyed traveling, classic cars, and spending time with family and friends. He was... View Obituary & Service Information

The family of Clayton E. Dockery created this Life Tributes page to make it easy to share your memories.

Send flowers to the Dockery family.