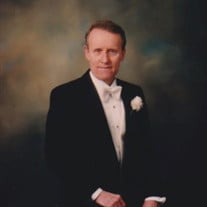 Eugene Thomas Schagene, Jr., age 86, passed away on Saturday, May 8, 2021. He was born in Louisville, KY on July 18, 1934 to his late parents Eugene Thomas, Sr., and Anna Mae. He attended St. Anthony’s Catholic grade school and Flaget High School in West Louisville. After graduation in 1952, he attended Mount St. Francis Seminary for one year, followed by a year at Indiana University on a tennis scholarship. He enlisted in the Air Force in 1955 and served for 3 years during peace time, stationed at Ramstein AFB in Germany. After his service in the Air Force, he became assistant manager and tennis pro at Sun Valley Country Club. He worked at Cowger and Miller Mortgage Company for several years before leaving to work at University of Louisville in administration, where he retired in 1999. He was a member of St. Paul Catholic Church. He loved the game of tennis. He didn’t play seriously until the age of 18. At that time he began to study the game under Leo Fussell at Shawnee Park. While in the Air Force, he became the singles tennis champion of all American Air Force men in Europe. Back home, he won several state championships in his age group as part of the amateur tennis circuit. He also loved painting portraits, still life and landscapes, and playing chess and poker with his friends. He was preceded in death by his brothers Jim, John and Henry. He is survived by his brother A.J., ex-wife Ann Schagene, daughters Kim Greenwood (Greg) and Amy Baum, grandchildren Hunter Baum, Erin Greenwood, Nicholas Baum, and Bryan Greenwood, and many nieces and nephews. A memorial service will be held at Owen Funeral Home, 5317 Dixie Highway on Sunday, May 16th at 5:00pm, preceded by a time of visitation beginning at 2pm up to the time of the service. Consistent with his love for science, learning and understanding how all things worked, he donated his body to the University of Louisville. In lieu of flowers, you can make financial gifts in his memory to U of L’s Department of Anatomical Sciences and Neurobiology Body Bequeathal program. Memorial gifts can also be made to Habitat for Humanity Louisville or St. Paul Catholic Church.

The family of Eugene Thomas Schagene Jr. created this Life Tributes page to make it easy to share your memories.

Send flowers to the Schagene family.