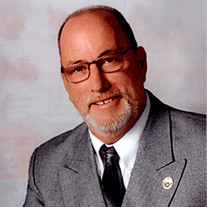 Herman P. Veltman, 76, of Louisville KY, passed away, February 21st, 2022. He was born June 12th, 1945, in Louisville KY, to his Parents, Herman and Mary Veltman. After high school, Herman went on to join the Marine Corps and proudly served... View Obituary & Service Information

The family of Herman P. Veltman created this Life Tributes page to make it easy to share your memories.

Send flowers to the Veltman family.