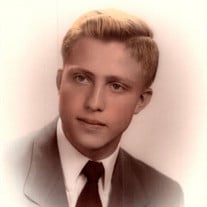 John S. Hornek, Jr., 91 of Louisville, KY, passed away September 9, 2021. He was a loving husband, father, and grandfather. Family was his everything. John was born in Louisville, KY, October 26, 1929, to his parents John and Marie Hornek. He was an alumnus of St. X High School, where he participated in many sports. He then joined the military and served 4 years with the Airforce and was an honorable Korean war vet. While serving he married his beautiful wife Frances of 61 years. After his service with the military John went on to work for Southeastern Diaries, from which he retired. He was a devout Catholic, an avid U of L fan, and cherished every moment he spent with his loving family and friends. He was preceded in death by his parents; devoted wife, Frances Hornek; and sisters, Betty Hawes (Bob) and Mary Louise Scannell (Gene). John is survived by his children, John Hornek (friend Jan), Karen Mattingly (Joe), Susan Hardesty (Ron), Donna Mulhall (Doug) and Gary Hornek (Susan); brothers, Marty Hornek (Mary Ellen), Bobby Hornek (Sutseng), Norbert Hornek (Mary Lynne); brother- in- law, Marvin Bertrand; 9 grandchildren, 4 step-grandchildren; 20 great grandchildren (one on the way), 6 step-great grandchildren; many nieces and nephews. The family asks that in lieu of flowers donations be made to the American Heart Association. Funeral Mass will be held Wednesday, September 15, 11am at St. Paul Catholic Church, 6901 Dixie Highway. Visitation will be held prior to the Mass from 10am-11am, at the church. Burial will follow at St. Michael Cemetery. Owen funeral home- Dixie Highway entrusted with arrangements.

John S. Hornek, Jr., 91 of Louisville, KY, passed away September 9, 2021. He was a loving husband, father, and grandfather. Family was his everything. John was born in Louisville, KY, October 26, 1929, to his parents John and Marie Hornek.... View Obituary & Service Information

The family of John S. Hornek Jr. created this Life Tributes page to make it easy to share your memories.

Send flowers to the Hornek family.