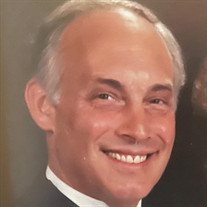 After a long battle with dementia, Dr Havill succumbed to this disease on July 26, 2021. Blessed that he will no longer suffer. He was a father, a husband, a grandfather, an uncle, a medical professional, a business man, an author, an entrepreneur, a coach, a military officer, and a friend. His life cast a wide net, and he will be missed by his family, friends and all those whose path he crossed. Joe was born on April 14, 1941, in Indianapolis, Indiana. He grew up in Louisville, Ky and attended St Raphael Catholic Grade School and Trinity High School, graduating in 1959. Joe was a member of one of the first graduating classes at Trinity and Captain of the first Trinity football team to beat its rival, St Xavier, in 1958. He was a lifelong fan and supporter of the Shamrocks. Joe attended the University of Louisville on an ROTC scholarship and graduated from UL’s Dental School in 1967. During this time, he met his wife of 57 years, Barbara Ann Hardesty, and they were married on June 1, 1963. Joe served in the US Army Medical Corp from 1967 to 1971 where he earned the rank of Captain. He was stationed in Stuttgart, West Germany for the majority of his service. He and his family travelled extensively throughout Europe, where he found a passion for photography. Joe opened his first dental practice in Louisville upon returning from Germany in 1971. He was widely regarded as one of the top practitioners in his community until he sold his practice in 1981. He was an avid writer and contributor to numerous industry periodicals. He then turned his attention to his real passion, starting and building businesses. Joe co-founded Prevent-A-Care in the mid-80s, the first dental HMO in the state of Kentucky. Joe later co-founded Dyntec, a dental practice management company that owned and operated several Dentistry Plus practice locations throughout the Midwest & South. Always looking for a challenge, he was also involved in several other smaller start-ups in the food services and business consulting space over the years. He was most sought after for his expertise in dental practice management, about which he continued to write and consult until he retired in 2006. Joe was an avid UofL Cardinal football and basketball fan. He loved his Cards and either attended or watched nearly every game for over 50 years. Joe was a very involved and dedicated father: coaching teams, attending games, helping with school work, chauffeuring the kids, a shoulder to lean on, the grill master, cheerleader, sage advice-giver, and just simply taking care of things….Thank you Dad!! Joe is preceded in death by his father, Charles Willam Havill, Sr.; his mother, Loraine Kerner Havill; his step-mother, Jan Havill; and his brothers, Charles William Havill, Jr. and James Francais Havill. His memory will be cherished by his loving wife, Barbara; his kids, Mike Havill, Stacey Watson (Mike), Greg Havill (Angie), and Kristin Havill Rock (Adam); his 6 amazing grandchildren; and his brother, David Havill and sisters, Rosemary Havill Balbier and Andrea Scaglione. The Family asks that in lieu of flowers or gifts to please make a contribution to Kosair Charities in the name of Dr. Joseph R Havill. We wish to thank Owen Funeral Home for their help and compassion during this difficult time. Visitation will be Friday, July 30, 2021, 4pm-6pm at Owen Funeral Home - Jeffersontown, 9318 Taylorsville Road, with funeral service to follow at 6pm.

After a long battle with dementia, Dr Havill succumbed to this disease on July 26, 2021. Blessed that he will no longer suffer. He was a father, a husband, a grandfather, an uncle, a medical professional, a business man, an author, an entrepreneur,... View Obituary & Service Information

The family of Dr. Joseph Rene Havill created this Life Tributes page to make it easy to share your memories.

After a long battle with dementia, Dr Havill succumbed to this...

Send flowers to the Havill family.