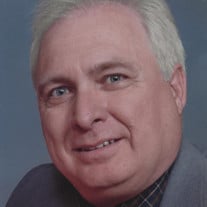 Omer “Bob” Bobby Hatfield, 90, of Louisville Kentucky, passed away March 21st, 2021. Bob was born in Louisville Kentucky, July 31st, 1930. He was a loving husband, devout father, active in his faith, and a loyal friend. He was married to the love of his life Norma Jean Hatfield for sixty plus years. Bob supported his wife by taking her to her art shows and different events across the region. He cherished every moment spent with her and his family. Bob was a very hard-working man. For many years he managed Woolworths, Grants, and O&L retail stores. Bob also worked in the labs at DuPont and American Synthetic Rubber Corporation, and later as a supervisor at ASRC. He spent the last 23 years of his career as a partner in the Hatfield Insurance agency. Bob was ordained as a deacon at Rockford Lane Baptist Church and also served as a deacon at Beechland Baptist Church. He spent lots of time working with the church youth, organizing events such as camping, baseball, and other events. He was especially active in the Royal Ambassadors, at Rockford Lane, Ridgewood, and Beechland churches. In his later years, Bob remained active in his church work by serving as an Usher at Trinity World Outreach. Many church members will remember him as usher on Sunday mornings. Bob was an exceedingly compassionate man, he remembered special events in other people’s lives. One of Bob’s missions was sending hundreds of cards each year and small tokens of his affection to people in his life so they knew he was thinking about them. He also helped organize monthly family lunches in each of the sides of his family. After spending most of his life in Louisville, he moved to Bowling Green, KY in his last two years to live in the home with his son and daughter-in-law, grandson, and great-grandson. He will be dearly missed by all the family and friends he made along his journey. Bob was preceded in death by his parents, Mary and George B. Weber, and son, Mark Alan Hatfield. He is survived by his son Dr. Robert “Bob” Daniel Hatfield (Melanie); Daughter-in-Law, Brenda Hatfield; Brother, George B. Weber III (Cathy); three grandchildren, Jacob Hatfield (Jessica), Jessica Fay Hatfield, Michael Fitzpatrick Hatfield; and his great-grandson, Gabriel Emmett Hatfield. Visitation will be held on, Monday, March 29th, from 3:00pm-7:00pm, at Owen Funeral Home – Jeffersontown, 9318 Taylorsville Road, Louisville Kentucky, 40299. Celebration Service will be Tuesday March 30th, 1:00PM, at the funeral home. Burial will follow at Resthaven Cemetery. The family asks that donations be made in Bob’s memory to Trinity World Outreach, 10307 Seatonville Rd, Louisville, KY 40291.

The family of Omer "Bob" Bobby Hatfield created this Life Tributes page to make it easy to share your memories.

Send flowers to the Hatfield family.