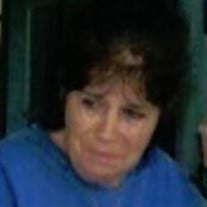 Sudie Elizabeth Everett, 84, of Louisville KY, passed away, Friday January 28th, 2022. Liz was born March 2nd, 1937, to her parents Lorene and John Hunt, in a small town of Glendale KY. She was one of 8 children growing up in an active household.... View Obituary & Service Information

The family of Sudie "Liz" Elizabeth Everett created this Life Tributes page to make it easy to share your memories.

Send flowers to the Everett family.