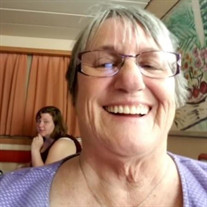 TOOLE, Teresa A. (Lambert), 68, passed away Sunday, August 29, 2021. She retired from Metropolitan Nashville Public Schools as a school bus driver. She was preceded in death by her parents, William and Mary Lambert, and daughter, Polly Toole. She... View Obituary & Service Information

The family of Teresa A. Toole created this Life Tributes page to make it easy to share your memories.

Send flowers to the Toole family.