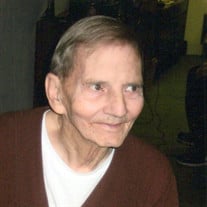 Thomas Earl Browning, 85, of Louisville passed away Wednesday, October 13, 2021 at his home. Thomas was born March 31, 1936 here in Louisville. He was a U. S. Navy Veteran and had retired after 35 years of service with Philip-Morris Tobacco... View Obituary & Service Information

The family of Thomas Earl Browning created this Life Tributes page to make it easy to share your memories.

Send flowers to the Browning family.