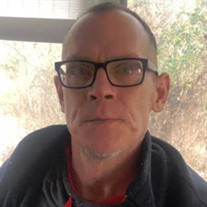 Timothy D. (“Stinke Tim”) Ziegler beloved son, brother, uncle, friend passed October 20, 2021. Born in Shively, Kentucky, Tim is the youngest of eight children. Tim grew up playing sports with his brothers and friends in the neighborhood as well as for his grade school and high school teams. Tim graduated from Butler High School. He was voted Mr. Butler and Senior Class President by his class in 1989. Tim was officially diagnosed with Huntington’s Disease (HD), those same classmates created a campaign to help support Tim in his battle against HD. They joined Tim and his family as they armed themselves with Hope for a cure in a fight that cannot be won. In December 2015, when the Abraham Lincoln Bridge opened, Tim wanted to walk the bridge because it was history being made. He participated in walks for the Huntington’s Disease Society of Kentuckiana. He represented HD patients by being a panel member for educating the next generation of physical therapists. He was the first to volunteer to participate in a research study about HD progression at the University of Louisville. He was preceded in death by his father, George J. Ziegler, Jr. He is survived by his mother, Shirley J. (Mattingly) Ziegler, siblings Kathi Richardson (Marcus Sr.), Patricia Ebersold, Brenda Kern (Ronald), George Ziegler, Edmund Ziegler (Sabine), Matthew Ziegler (Susan), Kimberly Basham (James), and nieces and nephews as well as extended family and friends. Funeral service will be Saturday October 23, 2021 6:00pm Owen Funeral Home, 5317 Dixie Highway. Visitation will be Saturday from 12:00pm until time of service. In lieu of flowers donations may be to HDSA Kentucky Chapter, 982 Eastern Parkway, Louisville, Ky 40217. “Those we love don't go away, they walk beside us every day! Unseen, unheard, but always near, so loved, so missed, so very dear Always in my heart” – Samantha Mueller

The family of Timothy D. ("Stinke Tim") Ziegler created this Life Tributes page to make it easy to share your memories.

Send flowers to the Ziegler family.