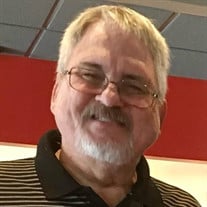 Not sure what to send?

Anthony “Tony” Alan Steier, 69, of Louisville, Kentucky, in his words “Going Home” on June 20, 2022 after a long battle due to a chronic medical condition. Tony married his best friend and high school sweetheart Ronnie (We are still trying to figure out how he tricked her into marrying him) Must have been his charming personality?!? they recently celebrated 47 years of marriage. He often said Ronnie was the love of his life and wanted her by his side all the time. He dearly loved her and their two children, son Christopher (Jennifer), and daughter Shannon (Travis), as well as his grandson Aiden “Papaw’s Buddy”. He loved his dogs (Little Bits, Bailey, Jack and Baxter), cat (Khaki that’s a story in it’s self). They were his buddies, you could often find him singing them songs, sharing snacks with them, or just hanging out with them snuggling on the couch and watching TV. After the kids left the house he started using the dogs as the reason why something went missing or something went wrong when Ronnie asked once he realized he could no longer blame Christopher or Shannon. Tony was a brave man who managed his illness with strength, and wanted to spend as much time with his loved ones as possible. His family was his reason for fighting for so long. When he was unable to pick up the phone and call his family he would ask anyone who walked in the room to call his family for him. It didn’t matter if it was housekeeping, dietary, or sometimes even a doctor. On his final day, he was surrounded by his children who loved him with all of their heart. He took his final breath with family by his side. He was a special man who touched a lot of people. He had a way of making people smile and was always brightening people's day with his silly nature. His singing filled the halls of the hospital and you could often hear laughter bellowing from his room. He never met a stranger and had a kind soul, a genuinely great person that always knew how to make people laugh. Tony was a breath of fresh air for many and a ray of sunshine you never knew what he was going to say. One of the family's favorite memories will always be the silly birthday songs he would sing. Sometimes we would purposely not answer so he would leave a voicemail so that we could play it over and over again because he would make up the words and could never sing the song again. We are all glad we still have those saved on our phones every birthday moving forward we will still hear him singing to us. A quote that can sum Tony up would be “No matter what people think of you, always keep singing your own song.” He was always singing and stayed true to who he was. Aside from being survived by his wife Ronnie, son Christopher (Jennifer), daughter Shannon (Travis) and grandson Aiden, he also leaves behind his siblings, Mike Steier (Joyce), Steve Steier (Lou), Patti Bruenderman (Jim), Kevein Steier (Laura), Donna Ramsay (Fred), Janice Hummel (David) and Angie Franconia (Jimmy); and many nieces and nephews. He was preceded in death by his parents, Margie and Bud Steier and a sister, Carole Miles. We will be gathering to share some of our favorite memories, our stories, to laugh, to cry and remember a wonderful person who will be greatly missed. Please join us in celebrating his life on Wednesday, June 29th from 3:00 PM - 8:00 PM at Owen Funeral Home-Jeffersontown, 9318 Taylorsville Road Louisville, KY 40299. We would like to show our appreciation to UofL Health - Jewish Hospital Trager Transplant Center 3 East for all the love and support they showed Tony and his family throughout his last 7 weeks with us. We are grateful and blessed for everything you do. In lieu of flowers, the family requests donations be made to the Alpha-1 Foundation by visiting www.alpha1.org/donate or by mailing to the following address: Alpha-1 Foundation, 3300 Ponce de Leon Blvd., Coral Gables, FL 33134.

The family of Tony Steier created this Life Tributes page to make it easy to share your memories.