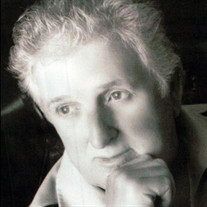 William David Gibson was born on May 1, 1944, and passed away on March 23, 2022. He was born and raised in Louisville, Kentucky and most recently resided at the Blanton House in Louisville. He worked for Mack Trucks for many years and later worked for and retired from AC Brake after 20 years. William belonged to the Louisville Street Rods for many years and had many friends in the club. He owned and rebuilt many old cars and enjoyed each and every one of them. He made many special road trips over the years. He was preceded in death by his mother, Blanche Gibson, his father Sanford Gibson. Also preceding him in death was his brother, Dale, sister-in-law Rosetta and sister Linda Mardale Joyce and brother-in-law Pete Joyce, son-in-law Monte Seifers and special cousins, Arleigh and Bea, nephew Rick Gill. He is survived by two daughters, Kimberly Michelle Gibson of Louisville, KY, and Kimberly Ann Seifers of Jeffersonville, Indiana and one son, Christopher Gibson of Louisville, KY. He is also survived by one brother Danny Gibson and his wife Rose. Other survivors include several grandchildren, including Andrew Christopher Gibson of Jeffersonville and Siera Lynn Gibson of Louisville and her so, his great grandchild, Rome Damien Probus and his great grand child’s father, John Probus. Other survivors include special Aunts, Uncles, Cousins, nieces and nephews including Holly, Steve and Layne White. Special mention of friends Lee Kert, Ron Jackson and Brian Marshall. Also want to include mention of his special friend Shirley Kilgore and his faithful pet and companion, “Rusty”. “He will be missed by all”. Memorial service Sunday March 27, 2022, 6:00pm Owen Funeral Home, 5317 Dixie Highway. Memorial visitation will be Sunday from 2:00pm until time of service at the funeral home.

William David Gibson was born on May 1, 1944, and passed away on March 23, 2022. He was born and raised in Louisville, Kentucky and most recently resided at the Blanton House in Louisville. He worked for Mack Trucks for many years and later... View Obituary & Service Information

The family of William David Gibson created this Life Tributes page to make it easy to share your memories.

Send flowers to the Gibson family.