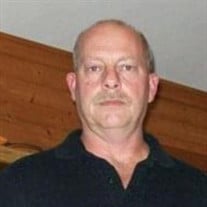 George E. Ziegler beloved son, brother, uncle, friend passed December 26, 2021. Born in Shively, Kentucky, George was the oldest son and one of eight children. George grew up building and fixing model cars and airplanes as well as bicycles. He always enjoyed camping and fishing with family and friends. George graduated from Butler High School. In high school, George did well in shop classes. He was a mechanic by trade. He enjoyed stripping and rebuilding cars. He made furniture pieces and enjoyed wood working. George had an outgoing personality. He always had a story to share and loved meeting new people. His friends knew him as someone they could rely upon to help no matter what the situation or project. He was preceded in death by his father, George J. Ziegler, Jr. and his brother, Timothy D. Ziegler. He is survived by his mother, Shirley J. (Mattingly) Ziegler, siblings Kathi Richardson (Marcus Sr.), Patricia Ebersold, Brenda Kern (Ronald), Edmund Ziegler (Sabine), Matthew Ziegler (Susan), Kimberly Basham (James), and nieces and nephews as well as extended family and friends. Funeral service will be Friday, December 31, 2021 at 2:00pm Owen Funeral Home, 5317 Dixie Highway. Visitation will be Friday from 12:00pm until time of service. In lieu of flowers donations may be to HDSA Kentucky Chapter, 982 Eastern Parkway, Louisville, Ky 40217.

The family of George E. Ziegler created this Life Tributes page to make it easy to share your memories.

Send flowers to the Ziegler family.