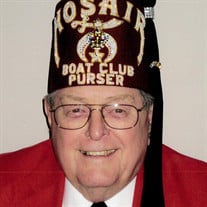 Henry (Sonny) F. Watson, Sr. of Louisville, KY, passed away, May 18, 2021. He was 92 years old. Henry was born in Gadsden, AL, March 21, 1929. He grew up in the Crescent Hill neighborhood of Louisville and graduated from duPont Manual High School in 1948 ½. He went into a sheet metal apprenticeship program and worked in the trade until 1950 when he enlisted in the U.S Air Force and served during the Korean War. He excelled in air frame repair in the service and received an honorable discharge in 1954, attaining the rank of Staff Sergeant. In 1954, he was employed at Naval Ordinance Station in Louisville as a sheet metal worker. While at N.O.S., he attended the University of Louisville Speed Scientific School and received a degree in Mechanical Engineering Technology. He moved into the Engineering Department as a Project Engineer, developing and supervising the manufacturing of minor caliber machine guns, and obtained a patent on the MK 20 40MM Grenade Machine Gun. He retired from N.O.S. in 1986, after which he taught school in the Carpenter's and Millwright's Apprenticeship Program and Jefferson County Public School On-Site Program, had a home repair business, and worked as Facilities Manager for CACI Field Services, an engineering consulting firm. Henry was a 66-year member of Robinson-Plumb Masonic Lodge #266 and was an active member of the Kosair Shrine. As a Shriner, he was a member of the Boat Club, the Sand Bug Club, the Transportation Unit, and was a founding and charter member of the Hard Hat Unit. He volunteered for five years at Kentucky Center for the Arts. Henry also had many hobbies that included chasing hot air balloons, stained glass, fishing, golf and scuba diving. He loved to travel and was an avid fan of singer/song writer, Jimmy Buffett, attending many of his concerts. But, he always made time for his family and friends. He was preceded in death by his loving wife of 46 years, Greta (Sohn) Watson; his mother, Annie Pruitt (McKinney) Watson; his father, Welton C. Watson; and two sisters, Anita Speechly and Meredith Lentz. He is survived by his sister, Bernice (Niece) Thomas, his brother, Carlisle (Buddy) Watson, his son, Henry (Hank) F. Watson, Jr. (Patricia); granddaughter, Charity A. Peterworth (David); grandson, Matthew F. Watson (Amanda); five great grandchildren, Grace Peterworth, Logan Peterworth, Liam Watson, Eli Watson, and Nash Watson; many nieces, nephews, and cousins; and, his sweetheart and companion, Marlene Lentz. The family would like to express their heartfelt thanks to the entire staff at Sander's Ridge Health Campus in Mt Washington, KY, for the loving and compassionate care they provided for "Mr. Henry" in his time of need. Funeral services will be held at 11:00am Monday, May 24, 2021 at Owen Funeral Home-Jeffersontown, 9318 Taylorsville Road. Visitation will be 4:00pm-8:00pm Sunday and from 10:00am Monday until time of service. Masonic service Sunday night at 7:00pm In lieu of flowers you can donate to Kosair Charities or the Parklands of Floyd's Fork.

Henry (Sonny) F. Watson, Sr. of Louisville, KY, passed away, May 18, 2021. He was 92 years old. Henry was born in Gadsden, AL, March 21, 1929. He grew up in the Crescent Hill neighborhood of Louisville and graduated from duPont Manual High School... View Obituary & Service Information

The family of Henry "Sonny" F. Watson created this Life Tributes page to make it easy to share your memories.

Send flowers to the Watson family.