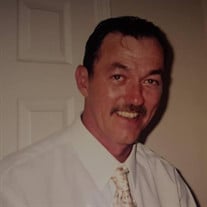 Greg McCarty, 60, passed away on 23 March 2021 at his home in Shelbyville, KY. He was born September 18, 1960, in Louisville, KY, to the late Carmella and Bill McCarty. Greg is preceded in death by his parents Carmella and Bill McCarty, and his best dog friend, his hound dog Elvis. Greg leaves behind to cherish his memory his wife Michell McCarty, children Clint McCarty (Rshell), Meagan Holl (Jason) 3 granddaughters Rylee (Krysinski), Caroline and Alana Holl. Through marriage he also gained 5 step children Tyler, Tosha, Josh, Bert and Jessica, 14 grandchildren, and 1 great grandchild. He leaves behind his brothers David and Brian McCarty and sister Debbie Ulery (Doug) along with several aunts/uncles/cousins/nieces and nephews and friends. Greg worked most of his life in the bearings business and knew most every part and price by heart. He gained many friends throughout his work life. He was one of the most stubborn men around and passed that quality onto his kids. He loved fishing and music of all kinds, he loved telling jokes, especially the inappropriate ones, he loved deep sea fishing and had many stories of the large fish he caught (we have no evidence, but take his word). He gave everyone nick names and if you got one you were held pretty high up on his list! (A few special ones were Alvin, jinx, frog man, ghost, kitty, pebbles, miss mouse). His silly songs he made up for his kids, family, and friends .He will be dearly missed. Greg loved a good time and would want everyone to give a toast to his life. So, in honor of Greg, Cheers! Funeral service will be held at 2pm, Sunday March 28th, at Owen Funeral Home – Jeffersontown, 9318 Taylorsville Road, Louisville. Visitation will be held from 9am until time of service.

The family of James "Greg" McCarty created this Life Tributes page to make it easy to share your memories.

Send flowers to the McCarty family.